VyprVPN is a widely popular VPN service that boasts over 2 million users worldwide. VyprVPN offers a lot and claims to have everything you ever want in a VPN especially privacy. In this deep dive review, we will answer those questions from security, geoblocking, speed, streaming, and more.

VyprVPN is headquartered in the Switzerland this is ideal for location for a VPN provider as countries like British Virgin Islands, Panama are known for not sharing intelligence with other countries which make it a privacy haven. VyprVPN is not required whatsoever to share any information or report any storange of data. This is great as they are not part of the the 5 Eyes, 9 Eyes, or 14 Eyes surveillance alliances. On the countrary countries like the US share their info

VyprVPN does not track any personally identifiable activity logs. This means all your data, browsing, and web traffic remains hidden and are not stored or logged anywhere.

VyprVPN is a zero log VPN Service. We do not record or retain any data when you use the VyprVPN Service. We engaged a respected security firm to audit our zero-log policy so users have third party validation of our logging policies. You can view the full audit VyprVPN Letter of Attestation and No Log Assessment by Leviathan

The only information they will ask you is the info you provide for your account which includes name, email address, phone number, and payment information.

In 2018, VyprVPN commissioned an audit by Leviathan Security Group. The audit found some issues with how VyperVPN was handling some personal information. Immediately, Vyprvpn corrected the issues and later confirmed by Leviathan Security Group VyprVPN does not keep any personally identifying information. This is what we like to see in a VPN, an audit conducted on their policy and applications to confirm a true no-logs policy. The fact that there were issues and immediately corrected allows users to gain trust that the VPN company is truly private focused.

How secure is VyprVPN?

OpenVPN, L2TP/IPsec, PPTP and Chameleon. The Chameleon is their proprietary protocol that utilizes the OpenVPN 256-bit protocol but scrambles the metadata to prevent censored countries from blocking their VPN in other words obstruction to hide the fact that your using a VPN.

One of the security features VyprVPN offers is a kill switch. The kill switch is an advanced security measure, which prevents your data from leaking to the web. If your VPN connection is ever interrupted, the kill switch will immediately stop traffic from entering or leaving your device. By halting all online activity, the kill switch keeps your personal information from being exposed to your internet service provider (ISP) or other prying eyes.

VyprVPN allows you to use their no-log DNS servers instead of your ISP resolving DNS requests. This is great as it ensure 100% protection from your ISP and third parties.

"Block Malicious Sites is a feature in VyprVPN that blocks websites associated with malware that could be harmful to your device. Content Blocking will show as a Key icon or active connection in your Notification Bar as it utilizes local VPN services."

You can find these features in the customization settings. 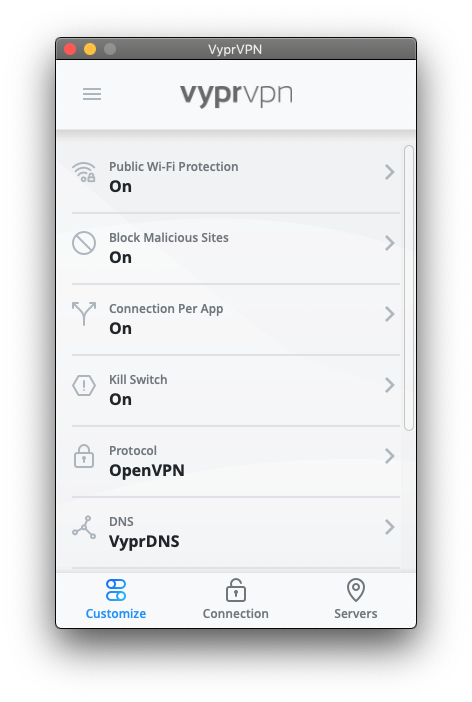 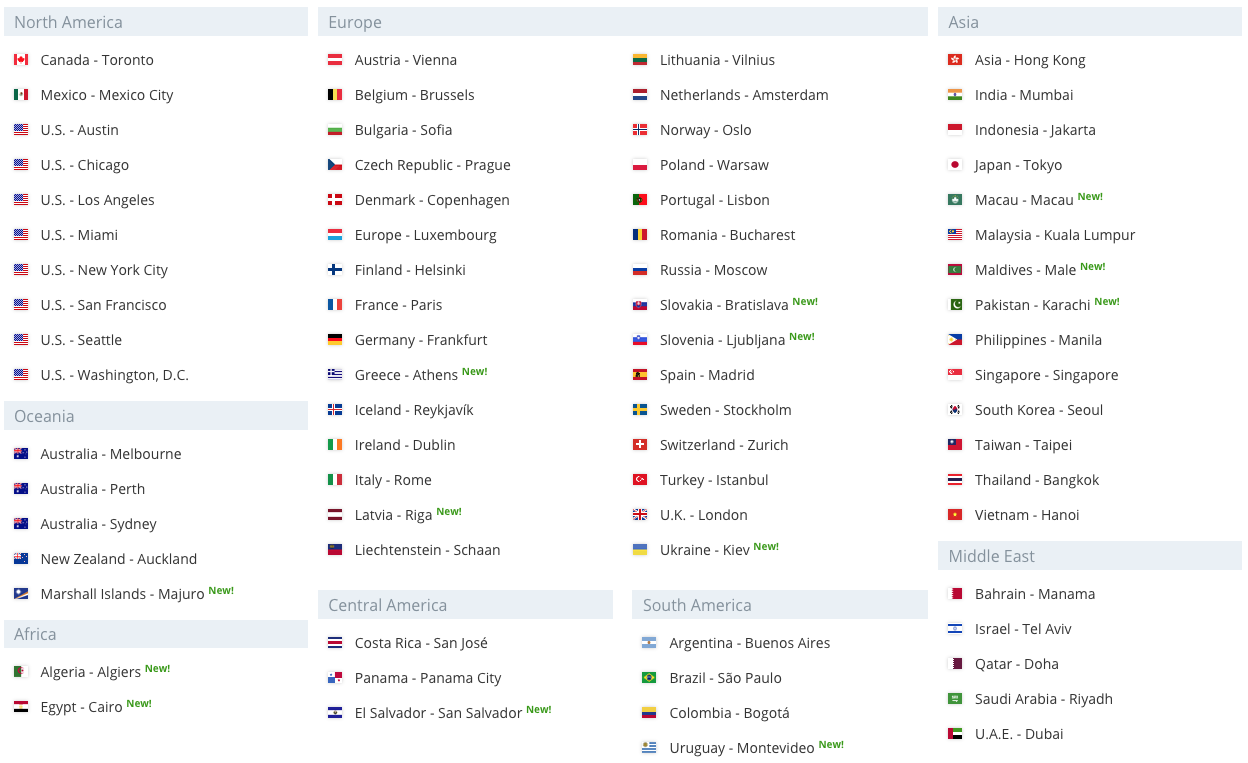 VyperVPN does a great job for streaming and does a great job of bypassing geoblocks while unblocking a few Netflix libraries including British, Canadian, Japanese, and German Netflix. I tested many of their server locations and all had no problem acessing Netflix, one of the toughest geoblocking services. VyperVPN has optimized servers for streaming

VyprVPN is great for torrenting as all there servers allow P2P filesharing. They have optimized servers for torrenting. The Kill Switch feature is nice to have the extra security. Make sure the kill switch is enabled in the VPN app.

Finding a VPN in China is difficult, China has tough restrictions and government surveillance. Some VPN's are not powerful enough to bypass these restrictions and are blocked from accessing VPN sites and apps. In countries with advanced censorship, infrastructure will run what is DPI (deep packet inspection) and will determine if packets belong to a VPN. VPNs have to do more than just encrypt data that is why VyprVPN uses their Chameleon protocol to bypass censorship. We recommend VyprVPN for bypassing censored countries like Iran, Oman, Turkey, and the UAE. Ensure to use the Chameleon protocol in restrictive countries.

VyprVPN makes it very simple and easy to use across all platforms. It is very easy to use their interface which is consistent very similar across platforms while the advanced features are easy to access. 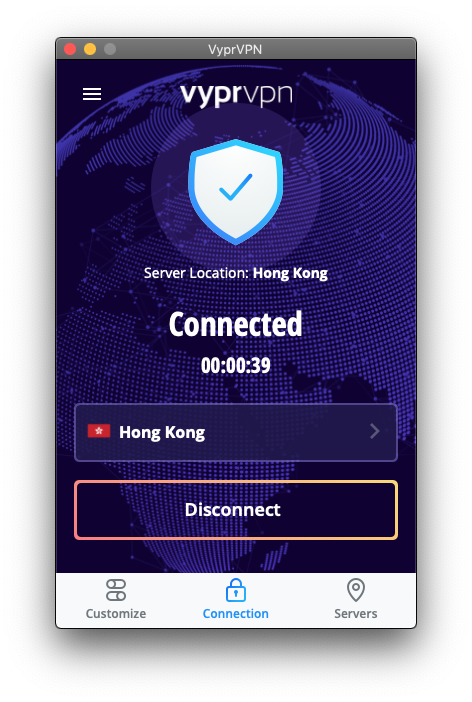 PIA has a split tunnel feature for all platforms which allows you to route some of your device or app traffic through the encrypted VPN tunnel while other traffic through your local IP without VPN protection. This is a good feature for apps or websites that are safe, that way you don't bottleneck your VPN traffic and slow down your speeds.

There are also plenty of FAQs, getting started guides, and troubleshooting on their webiste for additional help. However they do not have video tutorials like other VPN providers. We would like them to update with more user friendly guides.

VyprVPN pricing is straight forward, they offer three different plans. Each plan includes all of the features and functionality they offer so there is no upselling. They have two friendly budget plans but the monthly plan is more expensive than other VPNs but you can take advantage of a longer subscription for a lower monthly fee. They offer a 30-Day Money Back Guarantee.

This is unfortunate they dont offer any forms of cryptocurrency for users that want quickly and easily keep their anonymity. Here are their payment types:

There are a few hits and misses with VyperVPN but overall they offer a high-quality product. VyperVPN hits on bypassing geo-blocks, torrenting, streaming, gaming, encryption, and security however they are not the fatest VPN, they need more anonymous payment methods, no iOS VPN kill switch, and their monthly plan is a tad expensive. All and all VyperVPN secures your data and keeps you private.

VyprVPN shines with it's proprietary Chameleon protocol, iron-clad encryption, and the ability to offer a high class product.

Try VyprVPN for 30 days, if your not satisfied they offer a money-back guarantee no questions asked!